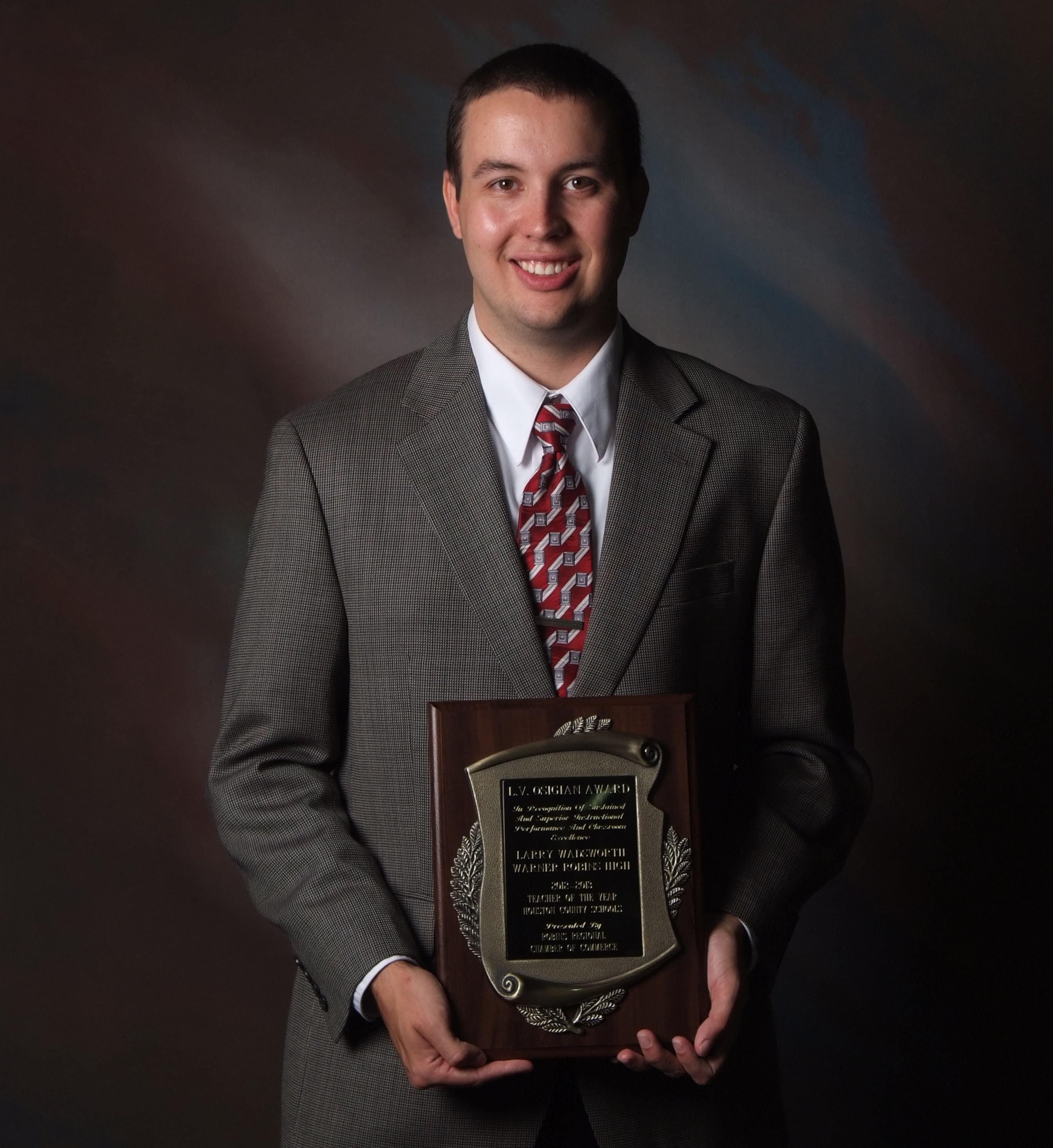 Larry Wadsworths of Warner Robins High School is the 2012-2013 Houston County Teacher of the Year.

Mr. Wadsworth graduated from the University of Georgia in 2006 with a Bachelor of Science in Mathematics.  From there he worked with a textbook company and was the editor for software and two math textbooks.  In 2008, he moved to Warner Robins and was hired at Warner Robins High School as a 10th grade math teacher.  After two years, he became the first teacher in Middle Georgia to teach AP Computer Science and had a 100% pass rate on the AP Exam.  During the 2011-2012 school year, he finished his master’s in education with a focus in Secondary Mathematics Education from Georgia State.  Additionally, he was one of three teachers across the district to pilot Bring Your Own Device (BYOD).  This led Mr. Wadsworth to becoming a Curriculum Integration Specialist. The Warner Robins High faculty voted him the school's Teacher of the Year and was later named the 2012-2013 district Teacher of the Year.

He returned to school to earn a specialists in leadership from Georgia College and State University and completed the Houston County Leadership Development Program.  He continues to support teachers across the district with integrating technology into the classroom.