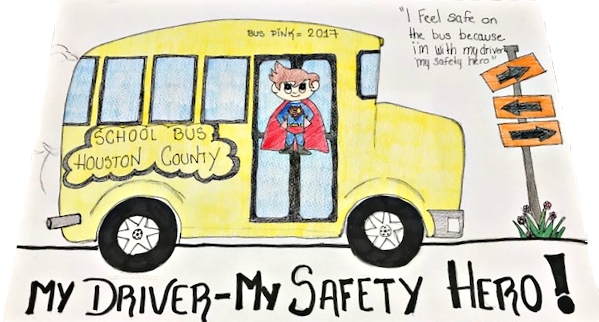 School bus safety is a reality when everyone involved takes an active role in educating themselves and our students. Teachers, parents, administrators, transportation personnel, and roadside companions all play an important part in keeping our children safe while on or around the school bus. 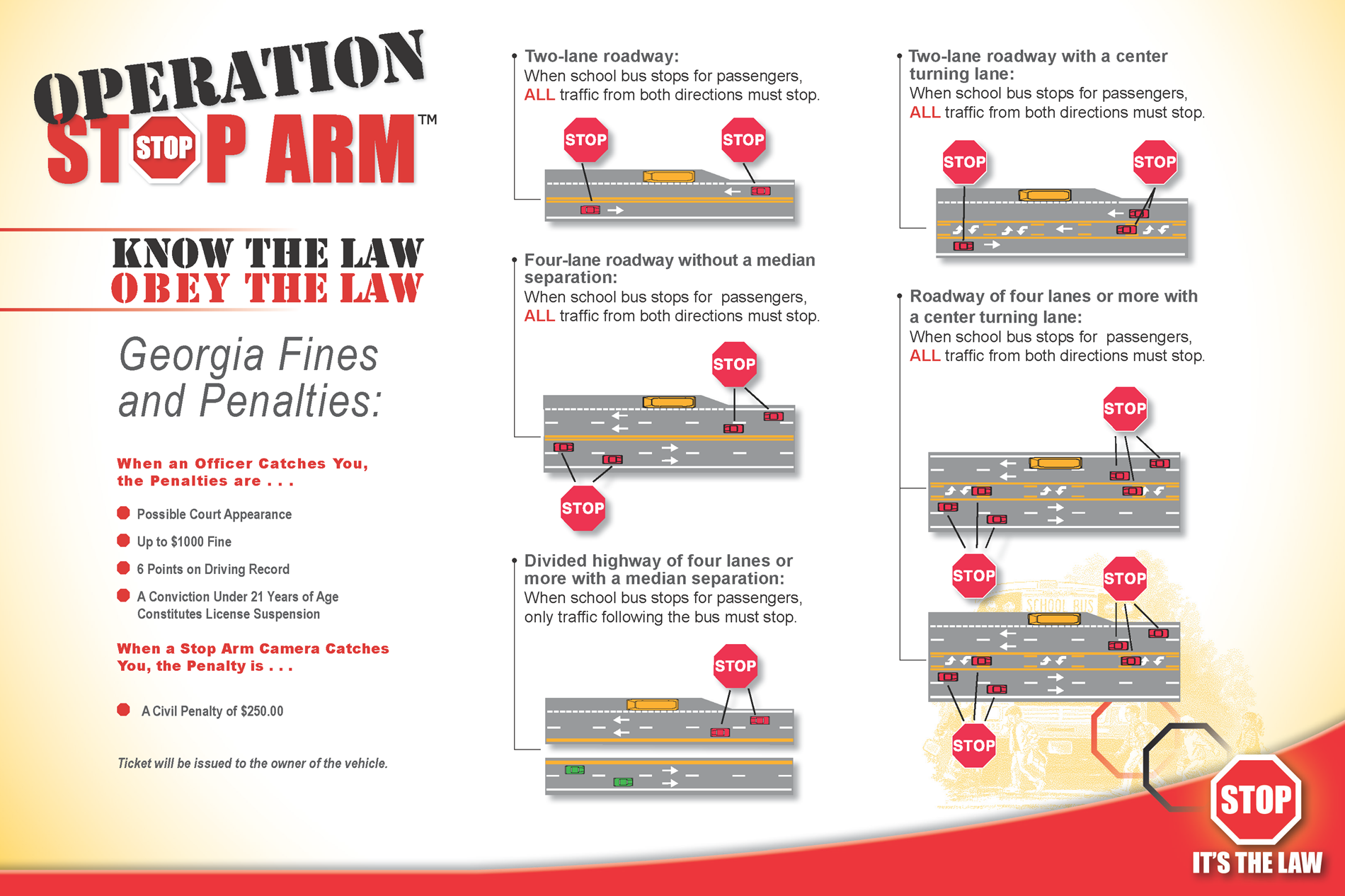 40-6-161 School bus headlights must be lit when transporting children.

It shall be unlawful to operate any school bus, which is transporting children unless the headlights are illuminated.

A school bus driver shall actuate the visual signals required by Code 40-8-111 and 40-8-115 whenever, but only whenever, the school bus is stopped on the highway for the purpose of receiving or discharging school children. A school bus driver shall not actuate the visual signals: (1) At intersections or other places where traffic is controlled by traffic- control signals or police officers; or (2) In designated school bus loading areas where the bus is entirely off the roadway.

(a) Except as provided in subsection (b) of this Code section, the driver of a vehicle meeting or overtaking from either direction any school bus stopped on the highway shall stop before reaching such school bus when there are in operation on the school bus the visual signals as specified in Code Sections 40-8-111 and 40-8-115, and such driver shall not proceed until the school bus resumes motion or the visual signals are no longer actuated.
(b) The driver of a vehicle upon a highway with separate roadways that are separated by a grass median, unpaved area, or a physical barrier need not stop upon meeting or passing a school bus which is on the separate roadway or upon a controlled-access highway when the school bus is stopped in a loading zone which is a part of or adjacent to such highway and where pedestrians are not permitted to cross the roadway.
(c) Every school bus driver who observes a violation of subsection (a) of this Code section is authorized and directed to record specifically the vehicle description, license number of the offending vehicle, and time and place of occurrence on forms furnished by the Department of Public Safety. Such report shall be submitted within 15 days of the occurrence of the violation to the local law enforcement agency which has law enforcement jurisdiction where the alleged offense occurred.
Back to Transportation